Mason Mitchell took a risk at the end of the 2013 ARCA season by starting his own team… And the risk paid off. Mitchell and his first year team MMM captured the ARCA Racing Series by storm in 2014 and captured the Series most coveted prize the ARCA championship.

Mitchell earned his first career win for himself and his newly found team at the Chicagoland Speedway.

Mitchell scaled back his schedule for 2015 but his numbers were even more impressive, earning two wins (Iowa and Kansas) four top-five’s and six top-ten finishes in just six starts. Mitchell won in his final two starts for MMM in 2015. The 22-year-old had an average finish of 5.3 in his six starts.

17-year-old late model driver Kody Evans made his ARCA debut with MMM in September at the ultra-high-banked half-mile Salem Speedway. Evans a regular of the JEGS/CRA All-Stars tour proved that he is a quick learner. Evans qualified his No. 78 machine in the 14th spot for the 200 lap event.

Evans raced as high as 5th before finishing 12th in his ARCA Racing Series debut.

“We got up to speed fairly quick during the day and during the first part of the race just decided to ride and save our equipment. It was really a lot of fun racing inside the top-10 all evening.”

“I can’t thank MMM enough for allowing me this great opportunity, they’re a top notch organization and I can’t thank our partners Adesa Auto Auctions, Cassel Insurance Co. And Performance Transport for their support for my first ARCA race.”

2014 Scott Rookie of The Year Austin Wayne Self made the jump over to MMM during the 2014 offseason. Self proved right from the drop of the green flag at Daytona that he would be a championship contender.

Self earned his first top-five finish in his second start with MMM at Mobile where he finished 4th.

The second year driver earned his first career win in front of family and friends at the challenging Winchester Speedway. Self wrestled the lead away from Brandon Jones on the afternoon’s final restart.

Self finished the 2015 season second in ARCA championship points earning one win, six top-fives and 12 top-ten finishes. Self completed more laps than any competitor during 2015 and captured the S&S Volvo Laps Completed award. Self is now a rookie in the NASCAR Camping World Truck Series

John Wes Townley is a veteran of the ARCA Racing Series presented by Menards and the NASCAR Camping World Truck Series.

Townley picked up his first career NASCAR win at the Las Vegas Motor Speedway in 2015. Townley earned his first ARCA win in 2013 at the world center of racing the Daytona International Speedway.

Townley made his MMM debut in the 2015 ARCA finale at the Kansas Speedway. Townley led 17 laps and put on an epic battle with teammate Mason Mitchell as the two drivers raced for the win. Townley would finish in the fifth position.

One word comes to mind when you talk about 17-year-old up and coming driver Noah Gragson “natural.” Unlike most drivers, Gragson did not start racing until a few years ago. At the end of 2014 he made his debut in a full bodied stock car and impressed.

Gragson turned heads in his rookie season in the NASCAR K&N Pro Series West finishing second in points. Gragson made his ARCA debut at the Kentucky Speedway in September. It did not take long for the Las Vegas native to get up to speed as he qualified 7th for the 100 lap event. Gragson finished his ARCA debut in 14th after losing a cylinder early.  Gragson made his second ARCA start for MMM at Pocono in June.

Gus Dean made an immediate impact in his ARCA Racing Series career with MMM winning in just his second career start at the Talladega Superspeedway in May. Dean comes from a late model background and won in the old X-1R Pro Cup Series in 2014 at Memphis. In five ARCA starts Dean’s earned one win, one top-five and three top-ten finishes.

Cole Powell: Four of Cole Powell’s five ARCA starts have come on the superspeedway tracks on the ARCA schedule at Daytona and Talladega. Powell made his MMM debut this season at Daytona qualifying an impressive sixth. Unfortunately, his race ended on lap two as he was caught up in “the big one” an eight car wreck. 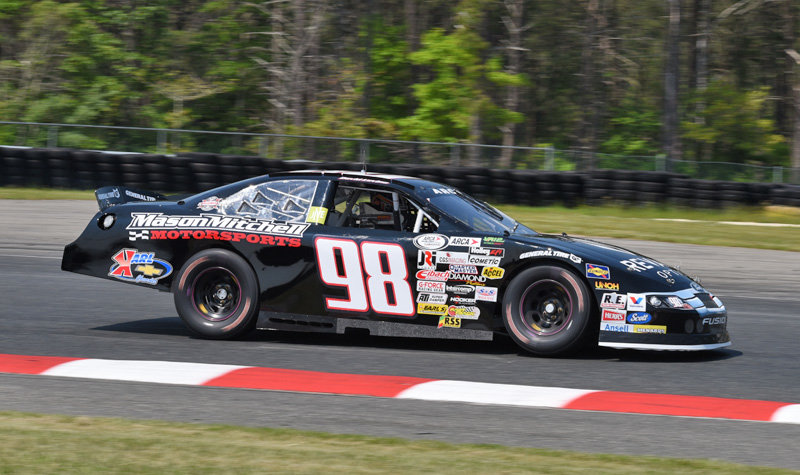 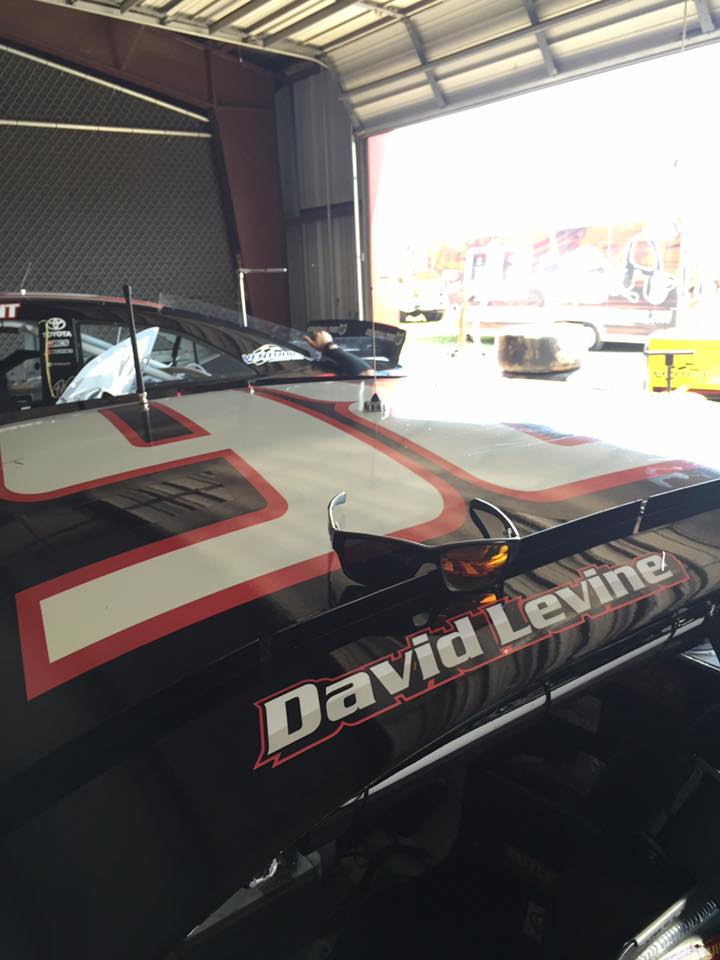 David Levine: With a rich tradition in road course racing it only made sense for Levine to make his return to the driver’s seat at the New Jersey Motorsports Park with MMM. After being out of the drivers seat for six months Levine impressed qualifying third and finishing fifth. The finish marked MMM’s best road course finish in three tries at the NJMP. 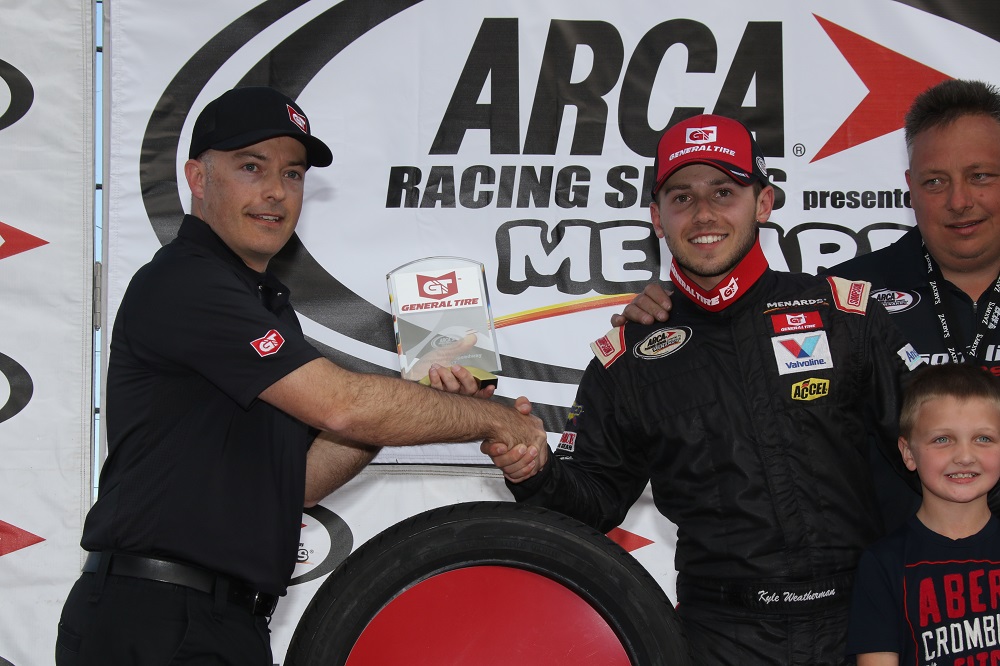 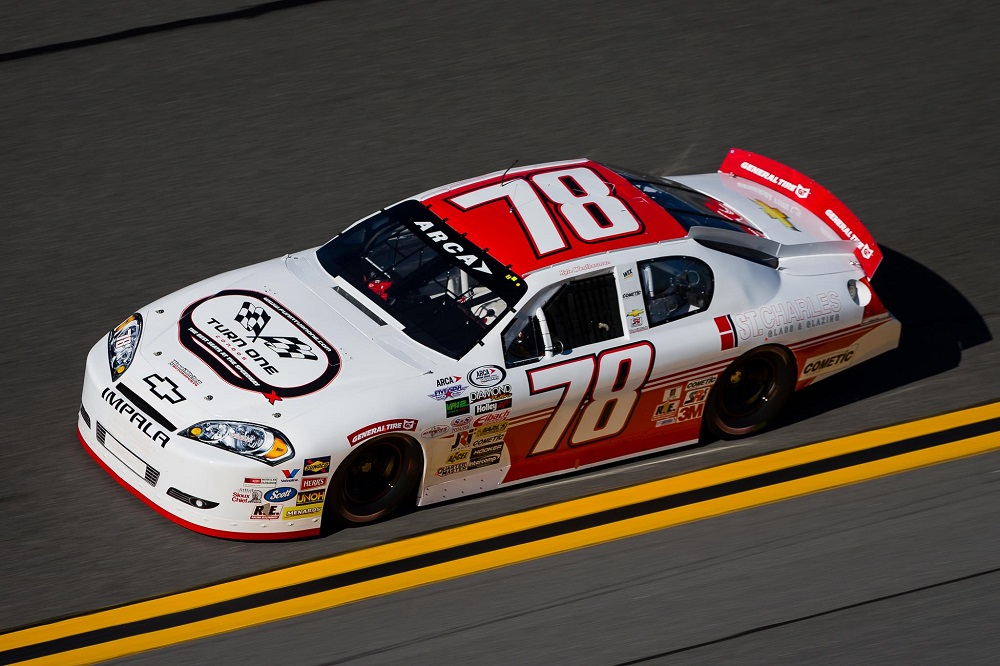 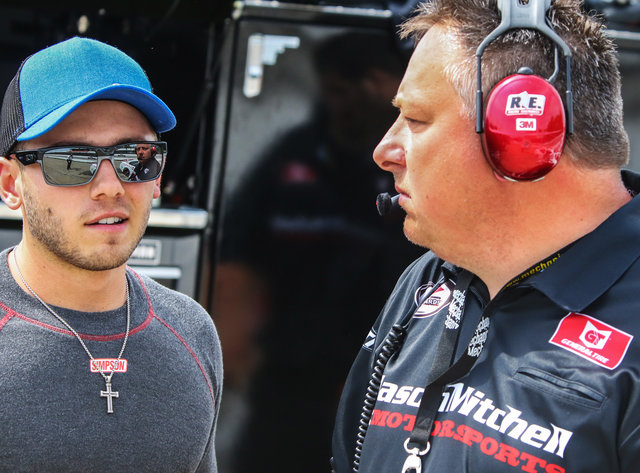 Kyle Weatherman: The 19-year-old 2015 SCOTT Rookie of The Year joined MMM in the middle of the 2016 season for two races. Weatherman led 109 laps and finished second in his MMM debut at the Madison International Speedway. He followed up his debut with an impressive third place finish at the ultra-high banked Winchester Speedway. Weatherman signed a 10 race schedule with MMM for 2017. In seven starts in 2017, Weatherman earned three top-five finishes, four top-tens and one General Tire pole award at the Fairgrounds Speedway in Nashville.

Quinnton Bear: The 18-year-old late model standout from Indiana made his ARCA debut at the Berlin Raceway in 2016 with MMM. Bear qualified an impressive third and raced his way to the front on two different occassions. On a restart after halfway. he got caught up in someone else's incident and lost valuable time in the pits due to repairs. Bear brought the No. 98 home in 11th.

Justin Haley: Haley is no stranger to racing in the ARCA Racing Series presented by Menards. He is the youngest pole winner in series history. Haley made his MMM debut at the Springfield mile dirt in August. It marked Haley's first time racing dirt in over four years. Haley raced from 25th to the win in the final 27 laps to capture his first career ARCA win.

Mason Mingus: After a 3 year hiatus from ARCA, Mason Mingus made his return in the 100th ARCA race at the Salem Speedway in 2016. Mingus and MMM raced a throwback paint scheme to honor two time ARCA champion and NASCAR champion Benny Parsons. Mingus drove the No. 98 machine to a top-ten finish in his return to the series.

Brent Sherman: After being away from ARCA competition since 2009, Sherman returned behind the drivers seat at the Chicagoland Speedway in 2016 teaming with MMM. Sherman ran as high as second late in th going and finished a impressive ninth in his return to ARCA.

Kaz Grala: Kaz Grala made his ARCA debut in the 2017 season opener at the Daytona International Speedway. Grala used the race to gain approval from NASCAR to race in the following week with the NASCAR Camping World Truck Series. He earned a top-10 finish in his debut with MMM. The following week Grala captured his first career Truck win at Daytona with GMS racing. 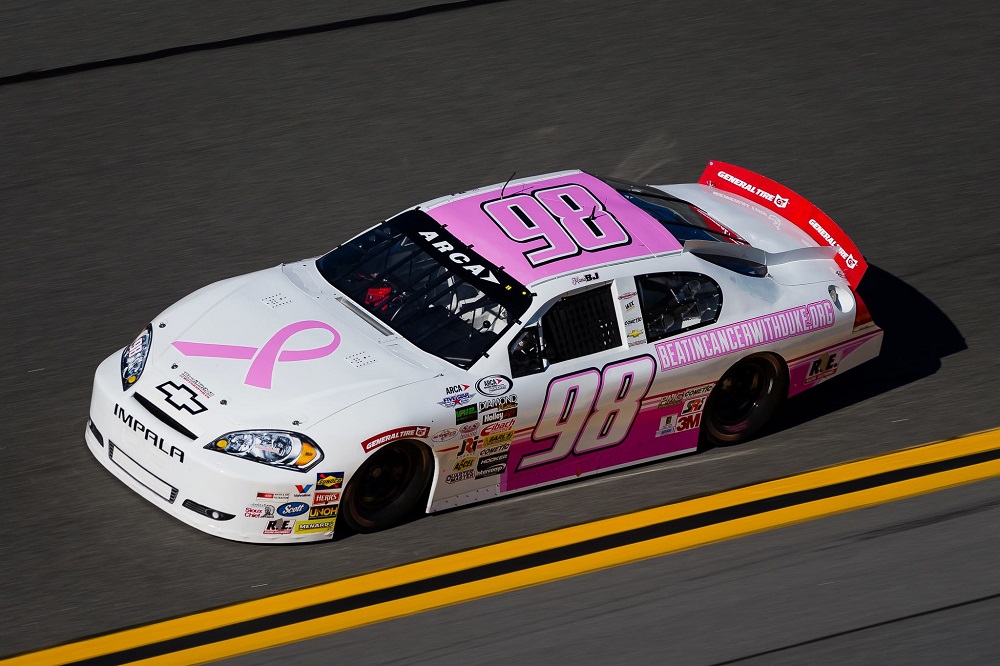 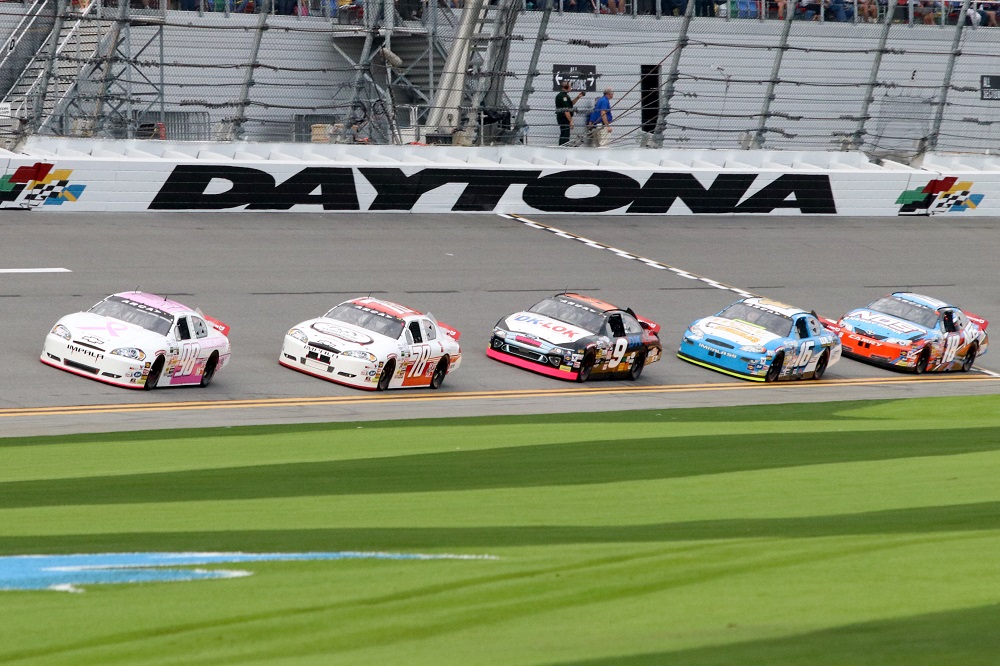 Quin Houff: The late model driver from Virginia raced in the 2017 opener at Daytona. Houff qualified 16th but worked to the front and led a race high 23 laps at Daytona. A late race incident erased a sure top-five run for the No. 98. Houff made his NASCAR Xfinity debut at Bristol in April earning a top-15 finish.

Brandon Lynn: After a year absence with the ARCA Racing Series, Brandon Lynn returned to the ARCA Racing Series with MMM at the Talladega Superspeedway. After starting in 20th Lynn worked his way inside the top-five by lap 32. Lynn took the lead in the late stages leading 19 laps. The white flag was in the air as a wreck on the backstretch triggered the yellow flag meaning it would be a 1 lap dash to the checkered. The No. 88's fuel tank sputtered and left Lynn with an 18th place finish. 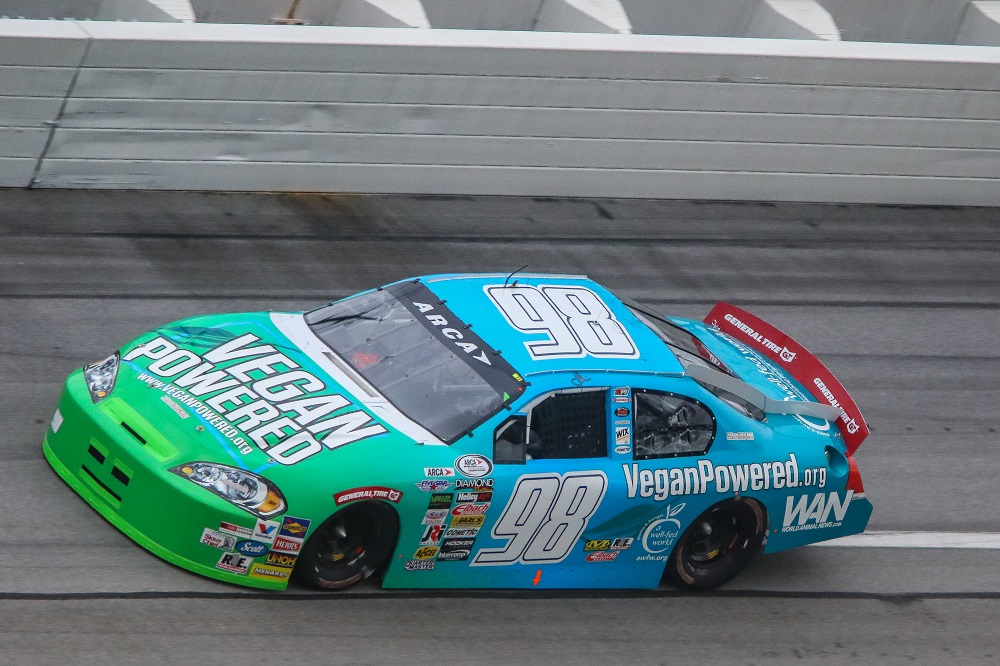 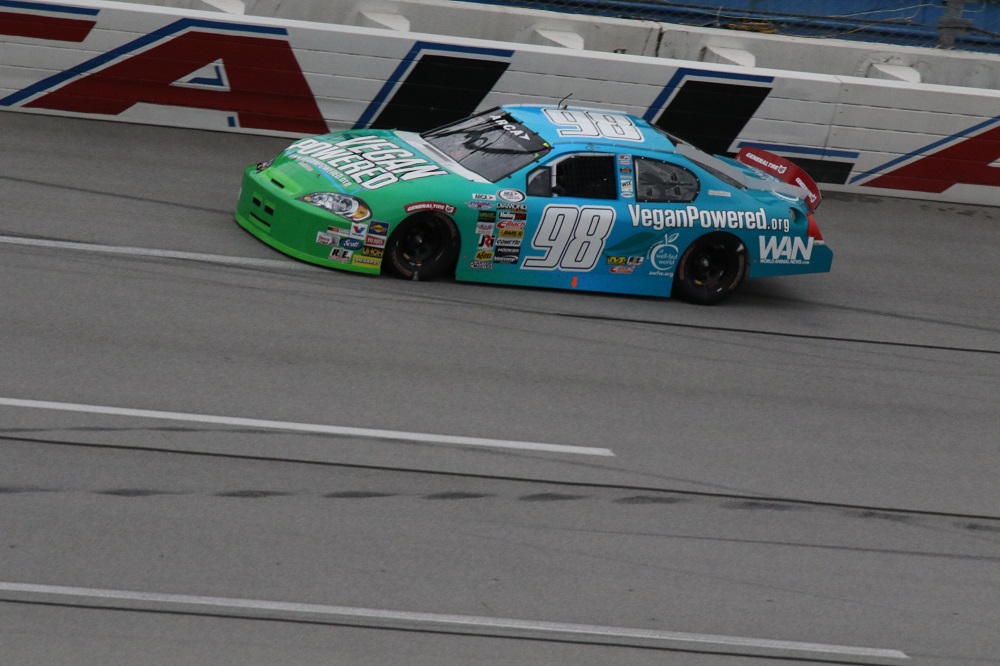 Leilani Munter: Racing is all about helping people and MMM was able to help out fellow ARCA competitors Venturini Motorsports at Talladega in 2017 by fielding the No. 98 for activist Leilani Munter.

Tyler Roahrig: One of the most successful outlaw late model drivers in the Midwest, Tyler Roahrig made his ARCA debut at the Toledo Speedway. Entering the event, Roahrig had won his las two starts at the half-mile including the 2016 Glass City 200. The Indiana native got up to Speed quick timing in third quick in practice. Starting from the 3rd position Roahrig spent the afternoon racing inside the top-10 and crossing the stripe of his first ARCA race with a top-10 finish. 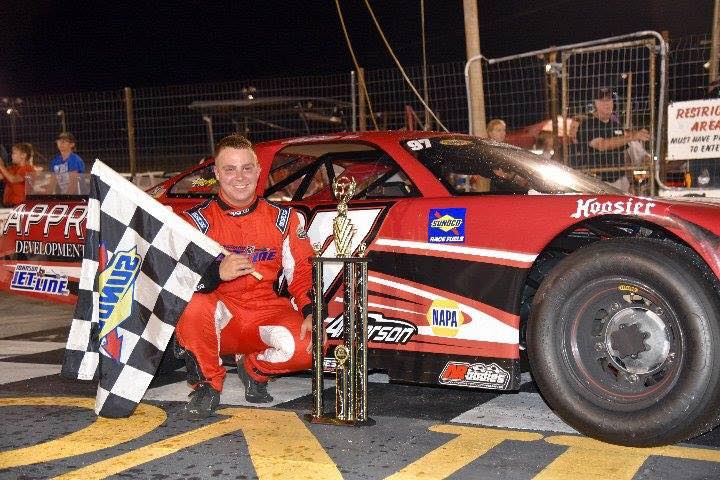 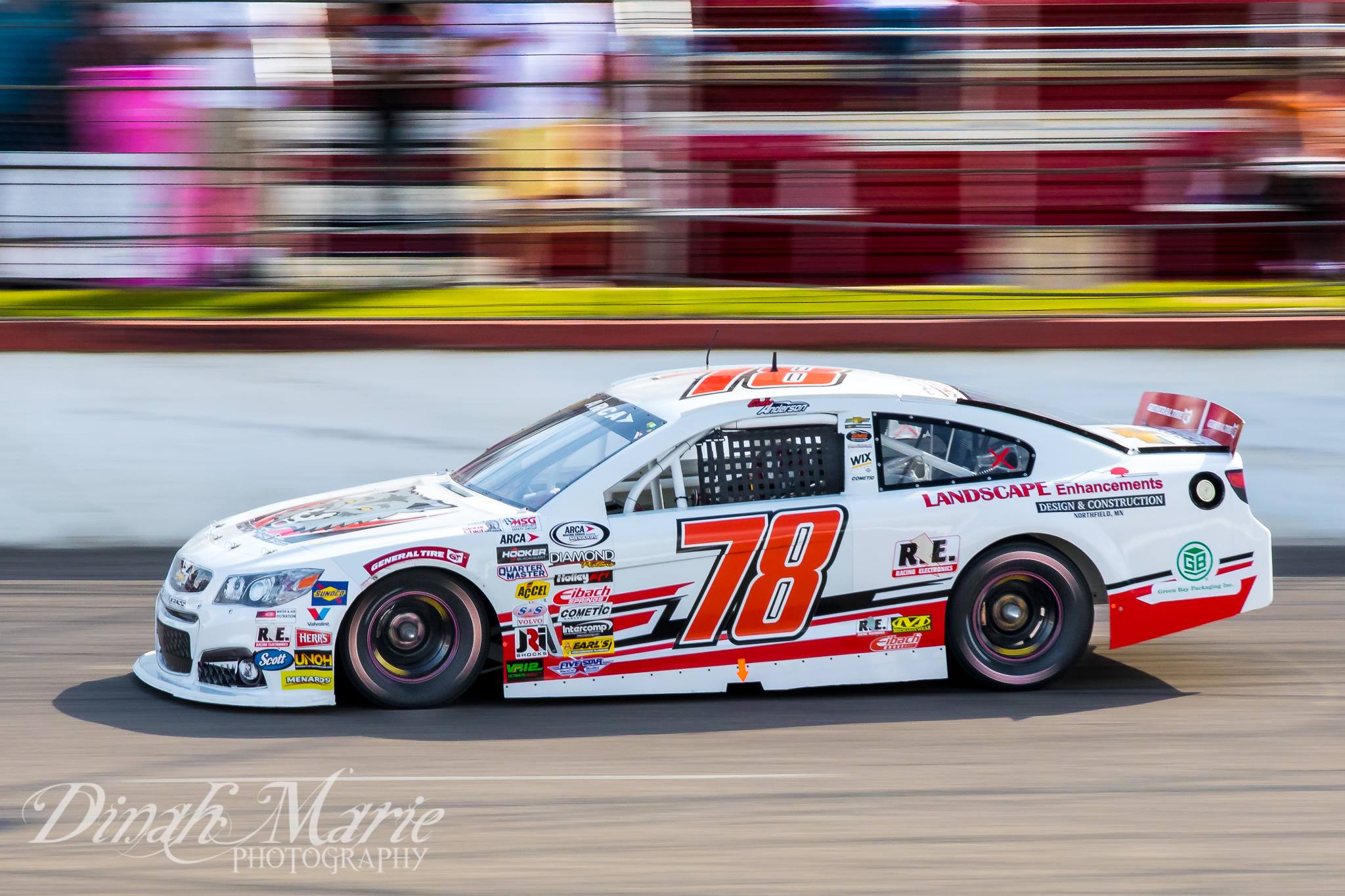 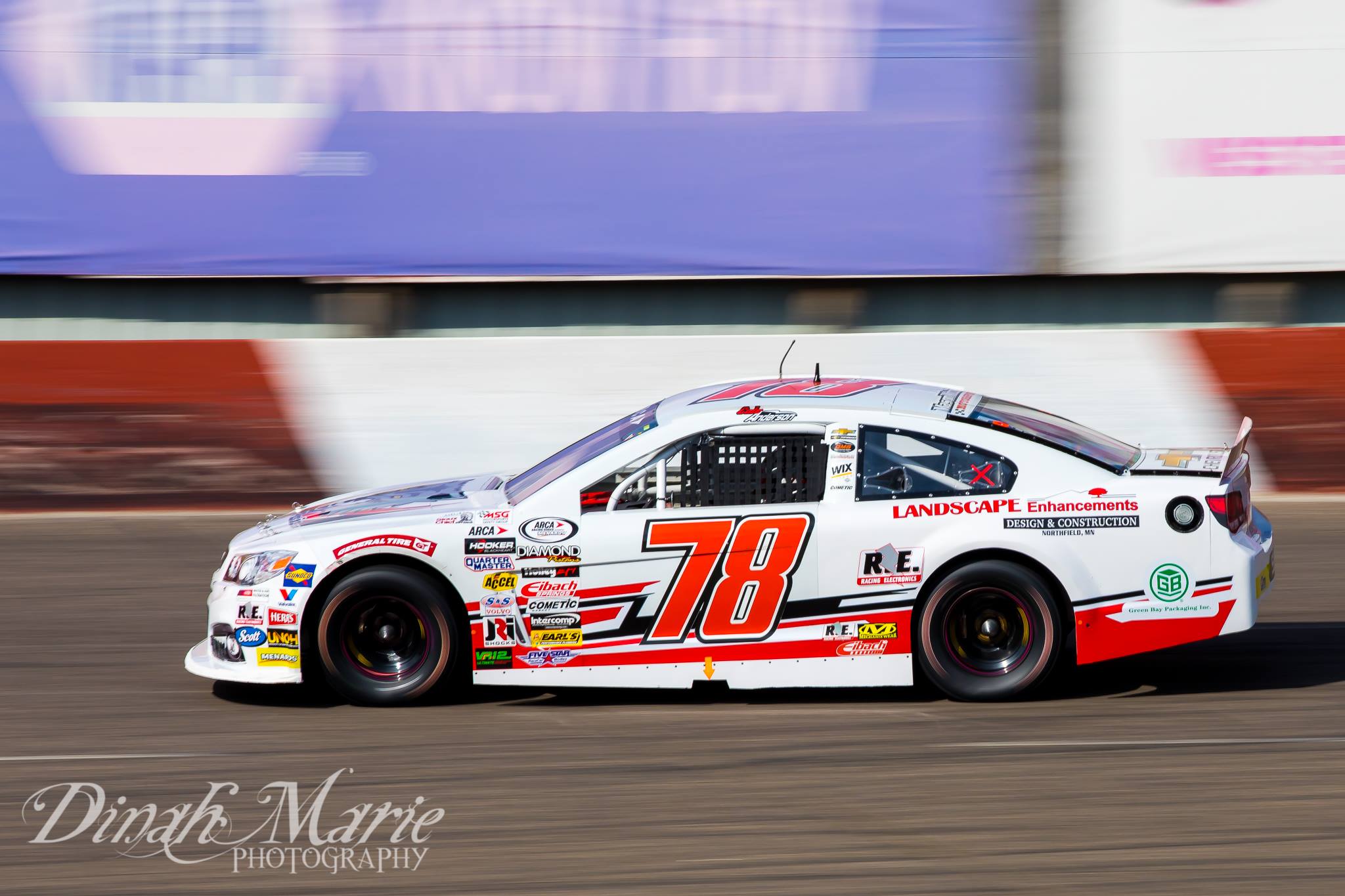 Cole Anderson: For the first time since 2014, ARCA returned to the 3/8 mile Elko Speedway. Cole Anderson grew up racing at the bullring and lived 20 minutes from the speedway. it was the perfect time for him to make his ARCA debut. After qualifying seventh, Anderson raced in the top-five all evening and running as high as third. Racing for a top-five on the final lap, drivers got together in the final corner collecting Anderson and spoiling a top-five finish. Anderson was credited with a tenth place finish in his debut.

Michael Self: Self and "Dino" hit the track with MMM at Pocono in June. No driver passed more cars during the 80 lap even than Self. After starting at the rear of the field, it only took him 18 laps to race his way into the lead. After a lengthy pit-stop that put him 15th, Self once again raced his way into the top-five. Self tied his career best ARCA finish of 3rd at Pocono. 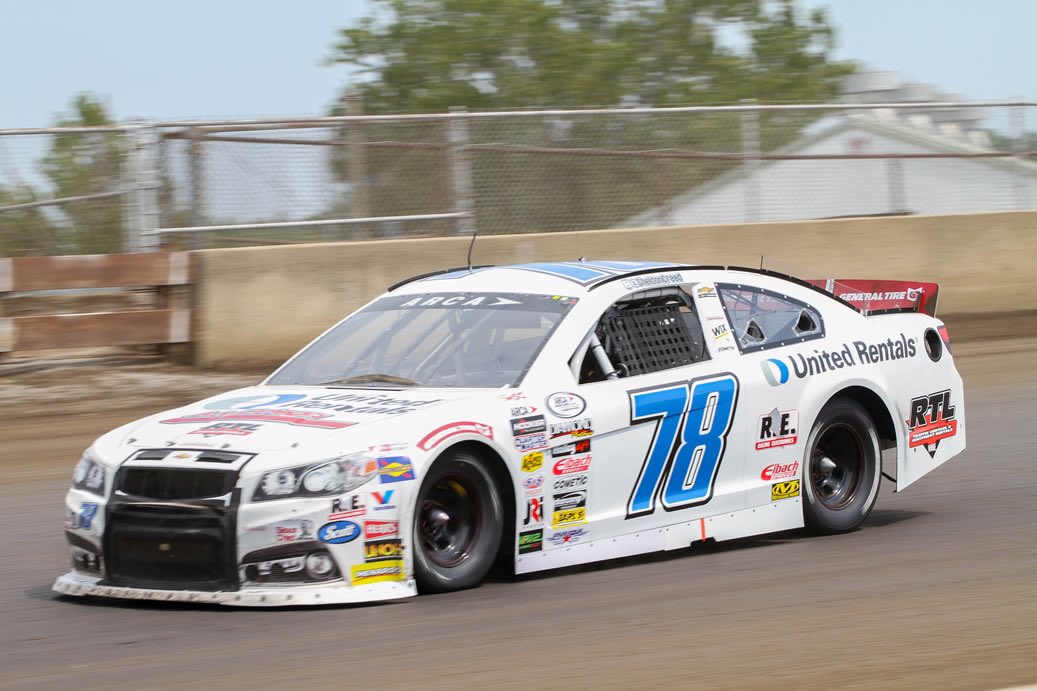 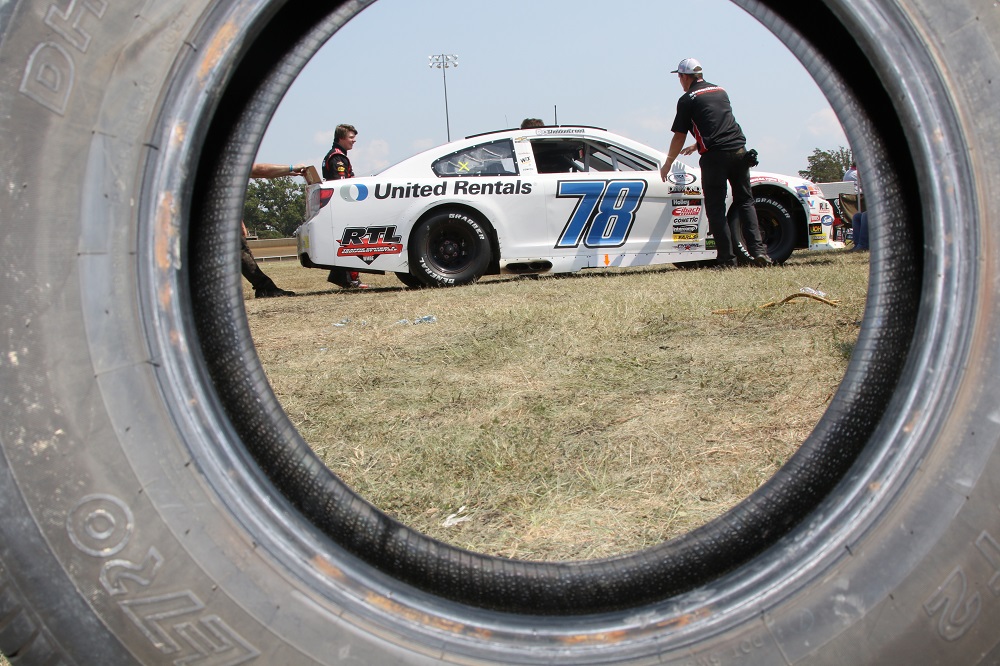 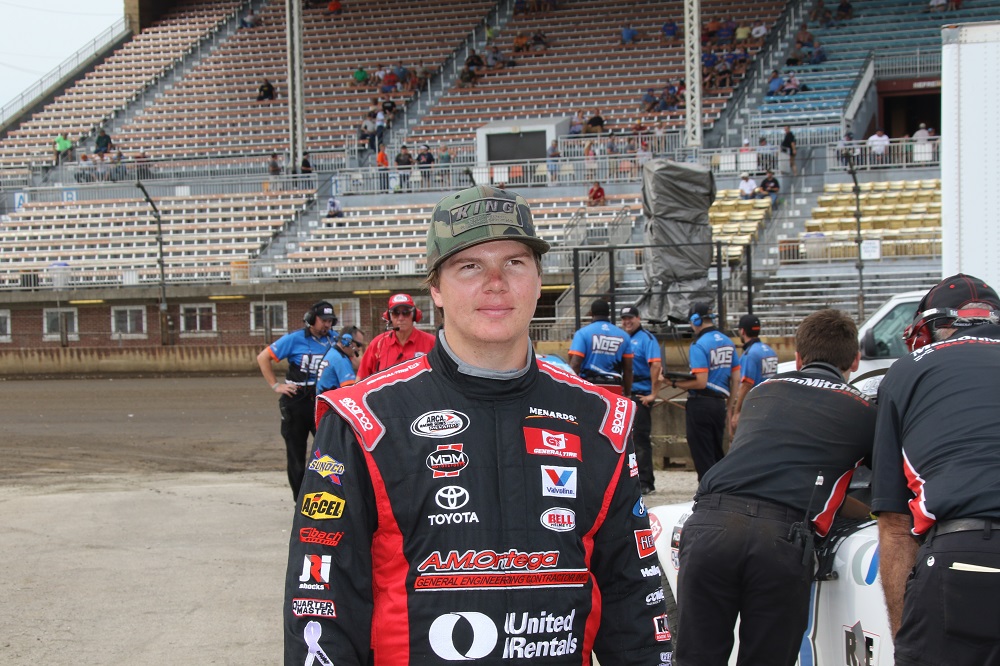 Sheldon Creed: Creed has one of the most diverse backgrounds in racing ranging from stadium trucks to the TRANS AM SERIES. Creed made two starts with MMM in 2017 both on the dirt miles. The California native earned two top-five finishes including a career best second at DuQuoin in September. 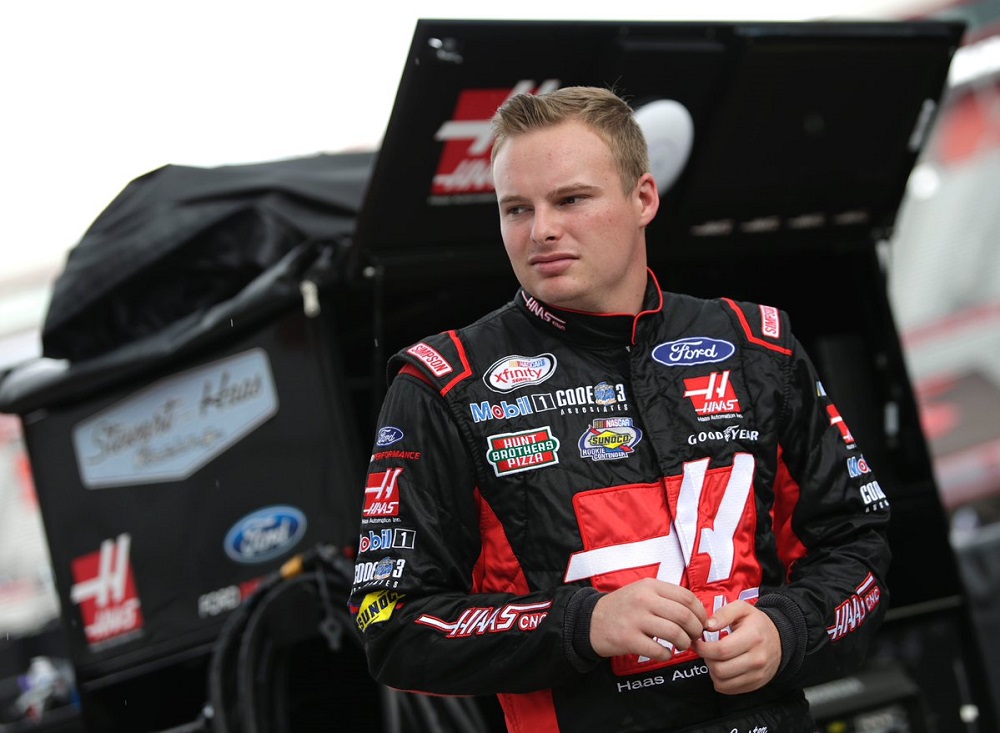 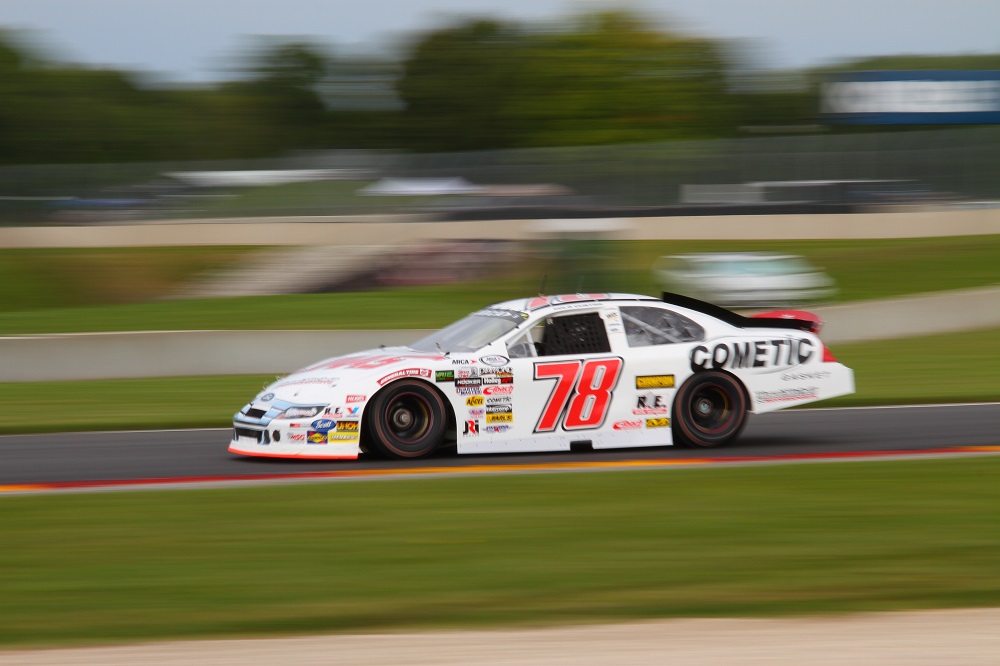 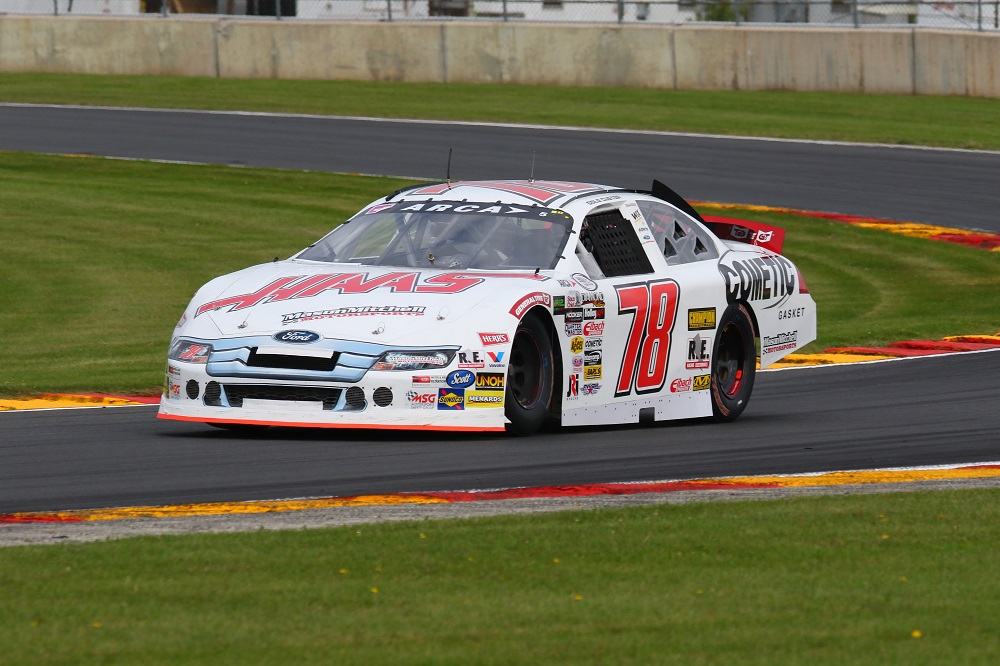 Cole Custer: Xfinity driver Cole Custer made his MMM debut in 2017 at Road America. Custer positioned himself inside the top-five and on the final restart made a daring move entering turn-one to take the lead. Unfortunately, Custer and another car made contact. Forcing the No. 78 to finish 11th in the final running order. 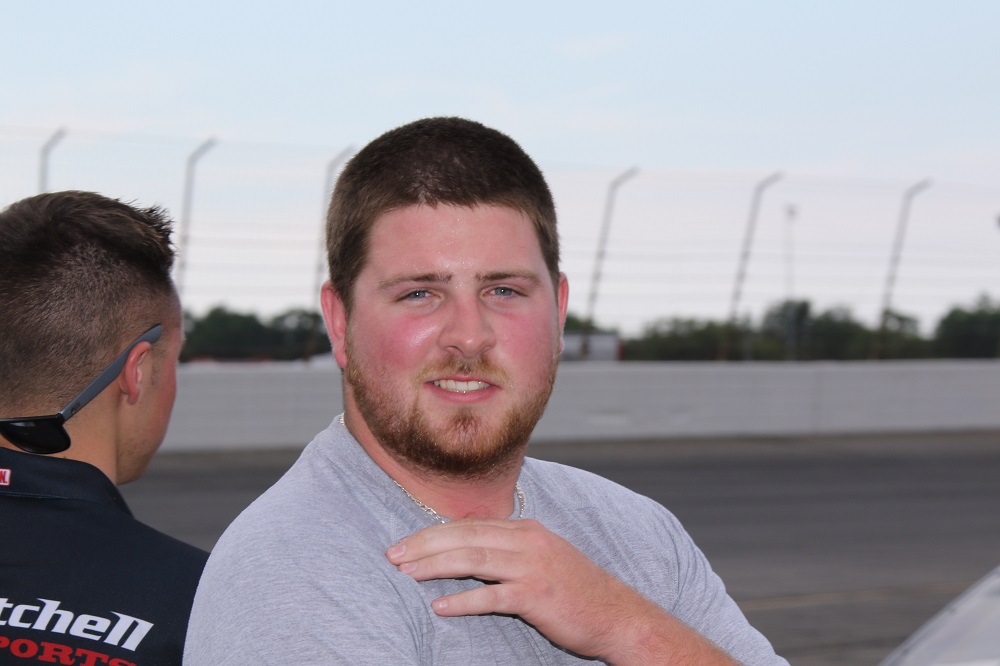 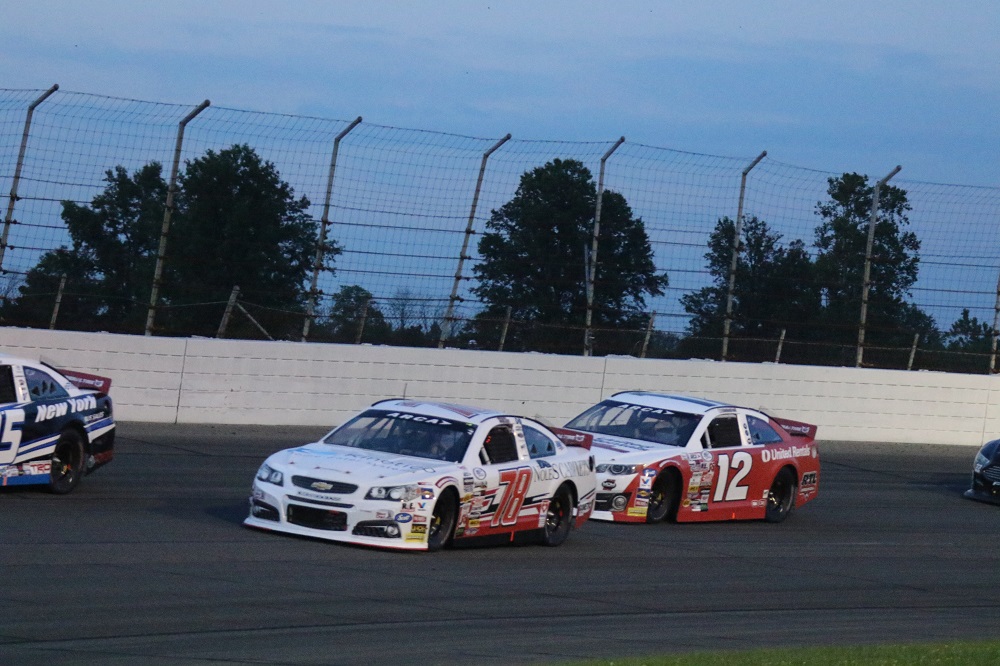 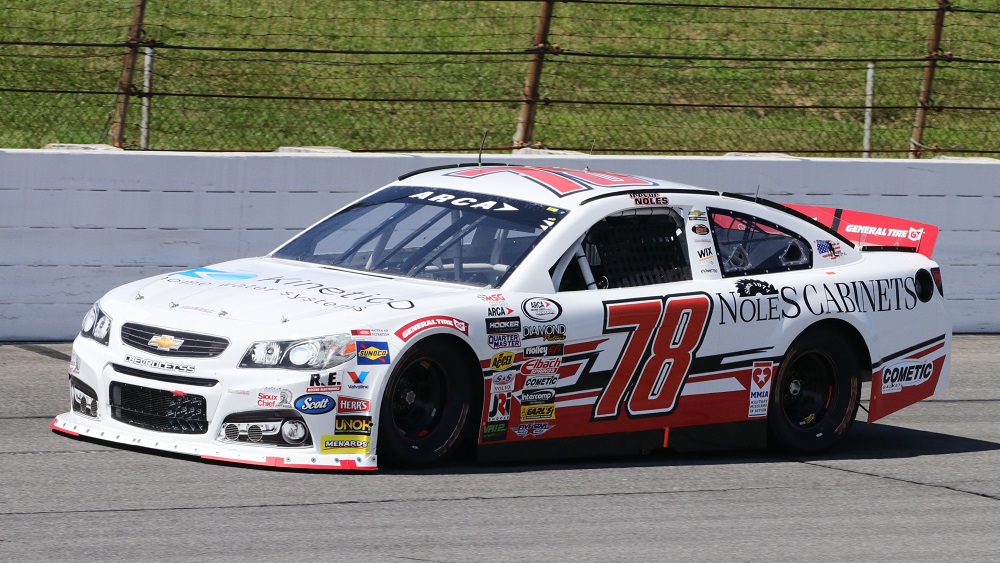 Trevor Noles: Late model standout Trevor Noles made his ARCA Racing Series debut at the Lucas Oil Raceway in 2017. Noles started from the 5th position and exerted patience moving up as high as 2nd in the running order. Unfortunately a mechanical issue relegated Noles to a 21st place finish. 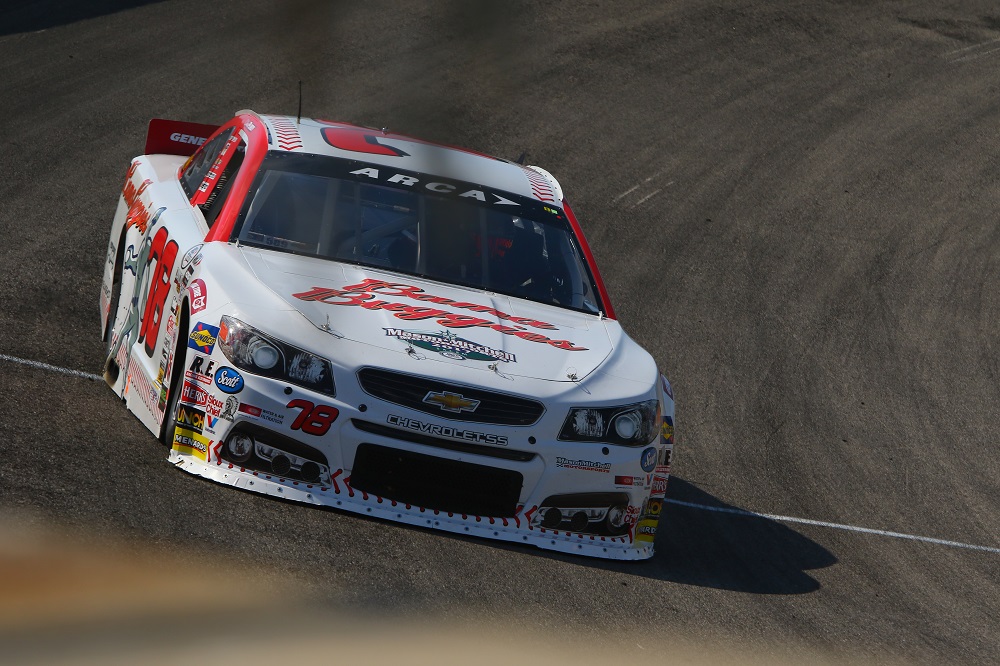 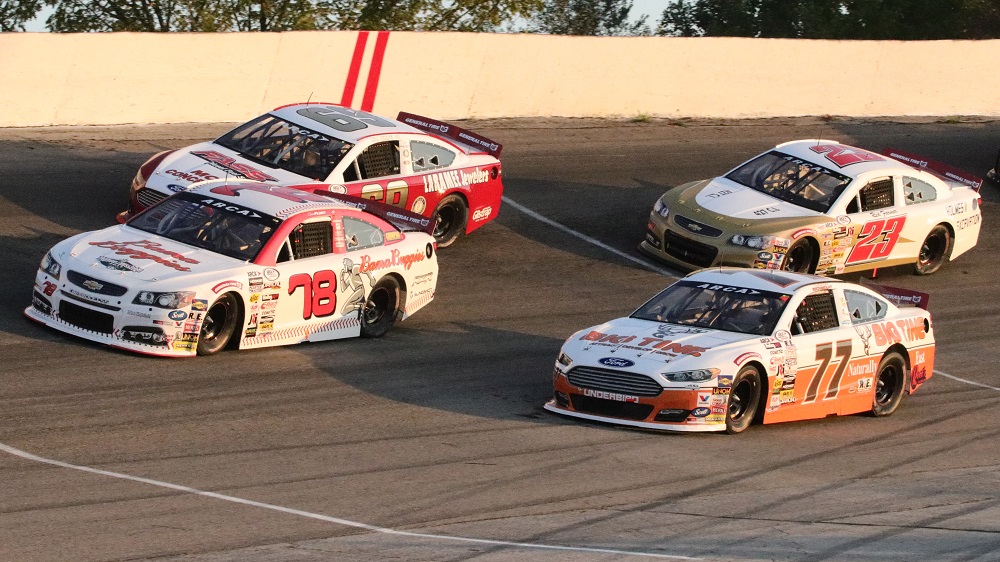 Ryan Repko: 18-Year-old Ryan Repko made his MMM debut in 2017 at the half-mile Madision International Speedway. Repko overcame an early oil leak and being 1 lap down to rally back to an 8th place effort. 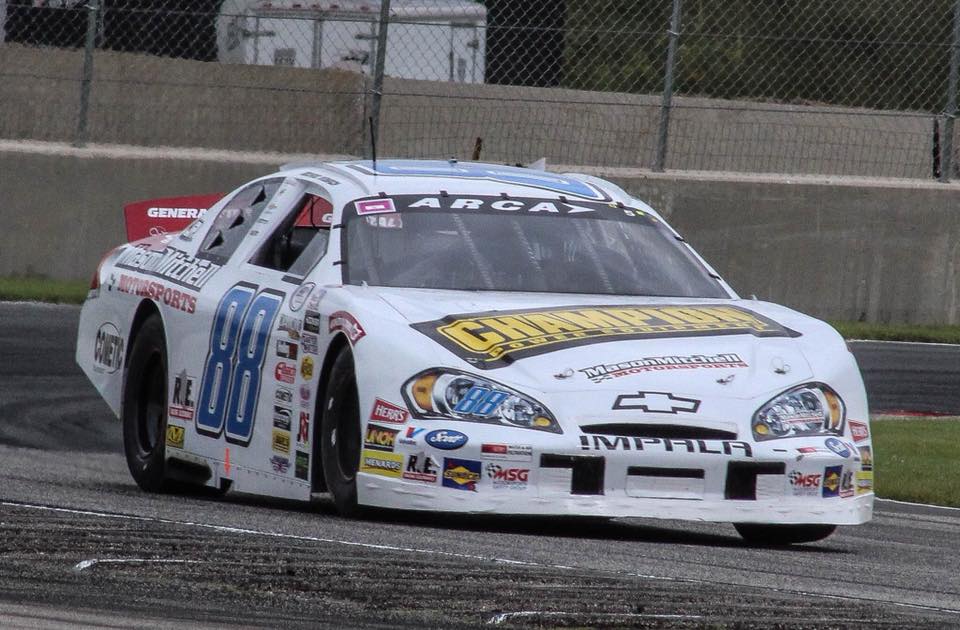 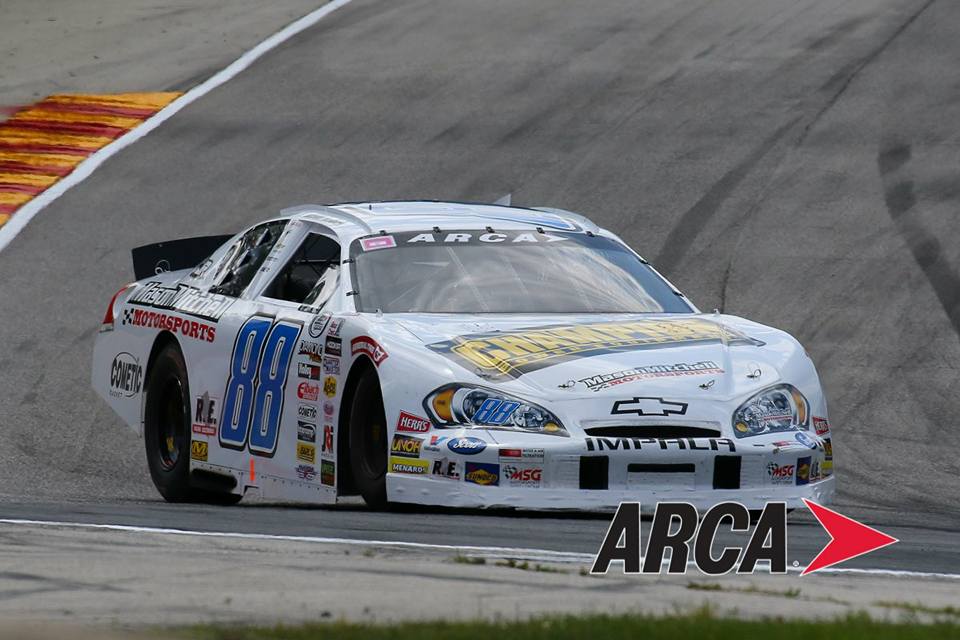 Michael Womack: Legend Car graduate Michael Womack debuted with MMM at Road America in 2017. Womack kept his nose clean all weekend long and earned a 5th place finish in his first and only ARCA start. 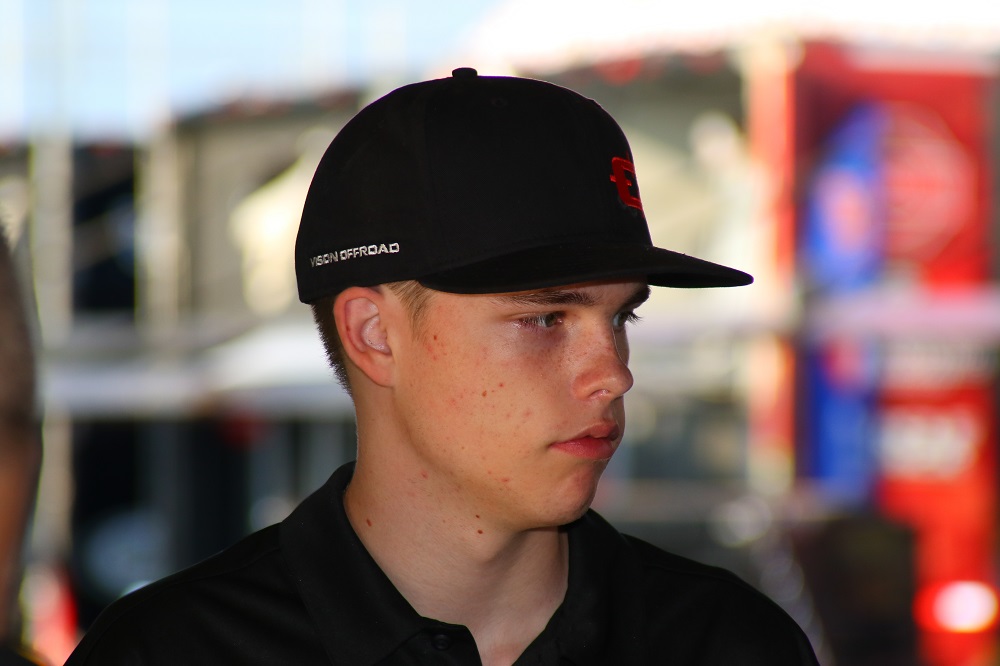 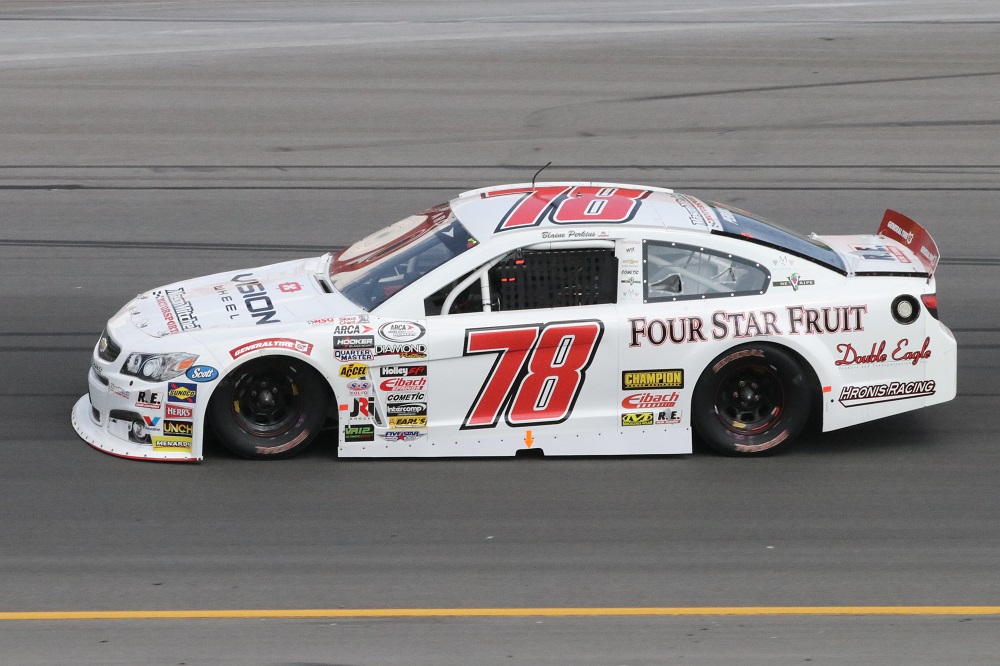 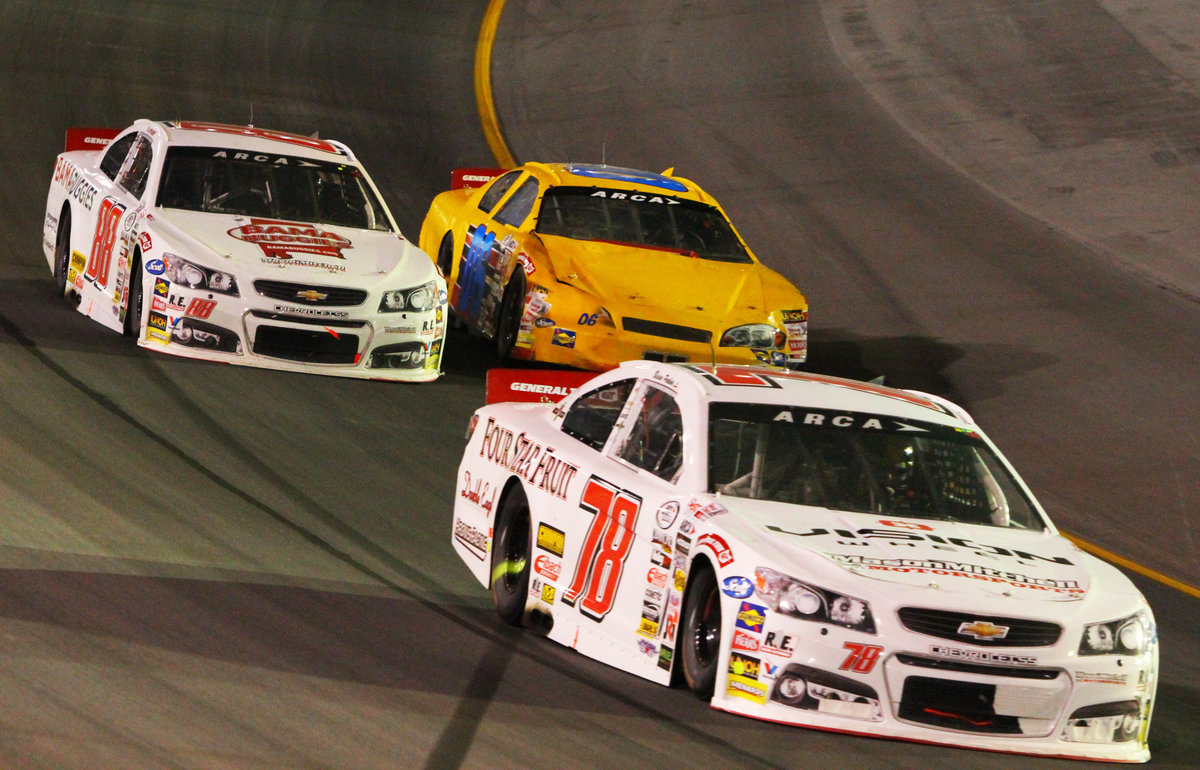 Blaine Perkins: After running two seasons in the NASCAR K&N Pro Series West, Perkins came to ARCA. His first time in one of the high horsepowered cars he turned heads qualifying ninth. Perkins raced as high as second late in the going at Kentucky before earning a solid 9th place finish. Perkins will be back with MMM in 2018 for five races beginning in May at the Talladega Superspeedway.