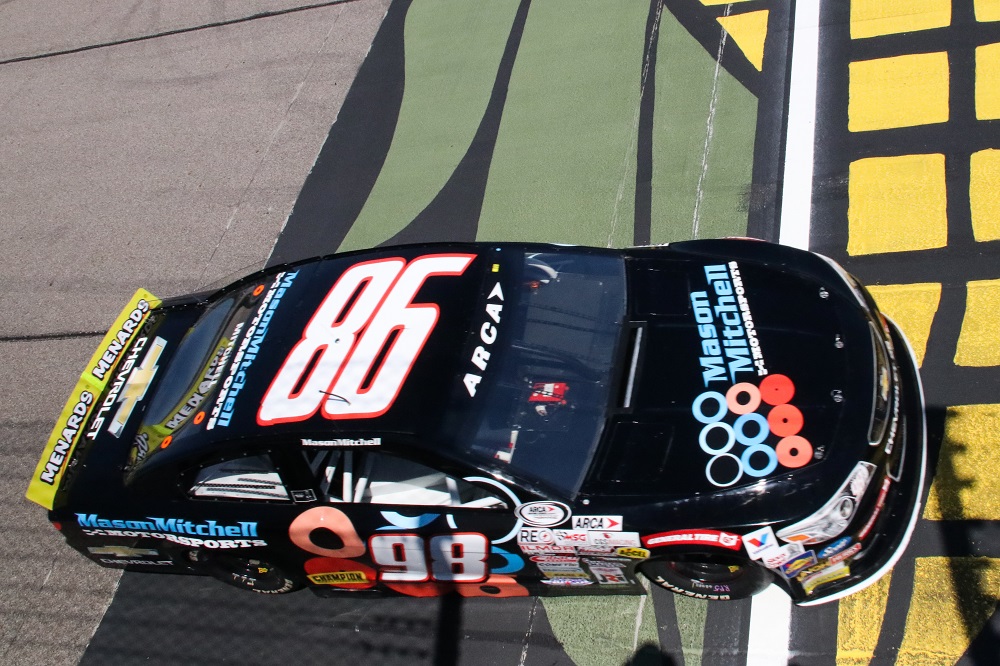 Mooresville, North Carolina –  2014 ARCA Racing Series champion Mason Mitchell scored his fifth top-10 finish at the Iowa Speedway Saturday night by securing a seventh-place finish. Mitchell gave the hometown fans a show after starting at the rear of the 23-car field due to an engine change after qualifying. The start not only marked Mitchell’s first start of the 2018 ARCA season but also his first start since this exact race one year ago.

Teammate Max Tullman crossed the stripe in the 12th spot. Midway through the race on a restart several drivers had issues getting up to speed, resulting in Tullman making contact with another car. The driver of the No. 78 machine sustained damage to the nose of his car and lost seven laps on pit-road to make repairs. The finish marked his 6th top-15 finish in eight ARCA starts.

Mason Mitchell: “It’s not the finish we wanted, but we sure gave the fans a show,” a disappointed Mason Mitchell stated after the event. “We were forced to change the engine after qualifying. I felt that something wasn’t right leaving pit-road during qualifying and immediately brought it behind the wall. We had great long run speed this evening but we lost too much time on the short run. I gave it all I had. I really wanted to win here for the hometown crowd again. We will gather it back up and hopefully come back again.”

Max Tullman: “We struggled at the beginning of the race but I felt we had pretty decent speed after the first round of pit-stops,” Tullman explained. “We were sitting in a position to get the free pass, unfortunately someone didn’t get up to speed right away during a restart and we made contact with another car resulting in some damage and changing the handling of the car.” I really learned a lot in my first ARCA short track race. Having good long run speed is important but you also have to have good initial speed. I can’t thank these MMM guys enough for the opportunity in 2018. Every week I’ve learned a lot and gained valuable experience.”

The Fans with Benefits 150 will air on Saturday, August 4th at 10:00 p.m. ET on MAVTV. Check your cable subscriber for channel listings.

There’s no time to rest for MMM and ARCA as the series heads to the shortest track on the schedule this coming weekend the 3/8-mile Elko Speedway. The team has two prior starts at the bullring, earning top-10 finishes in both appearances. This coming weekend marks the ninth straight weekend of racing for MMM.

The Sioux Chief Power Pex 250 from Elko will be live on MAV TV on Saturday, July 14th beginning at 10:00 p.m. ET. Arcaracing.com will feature live timing and scoring for all on-track activities from Elko.