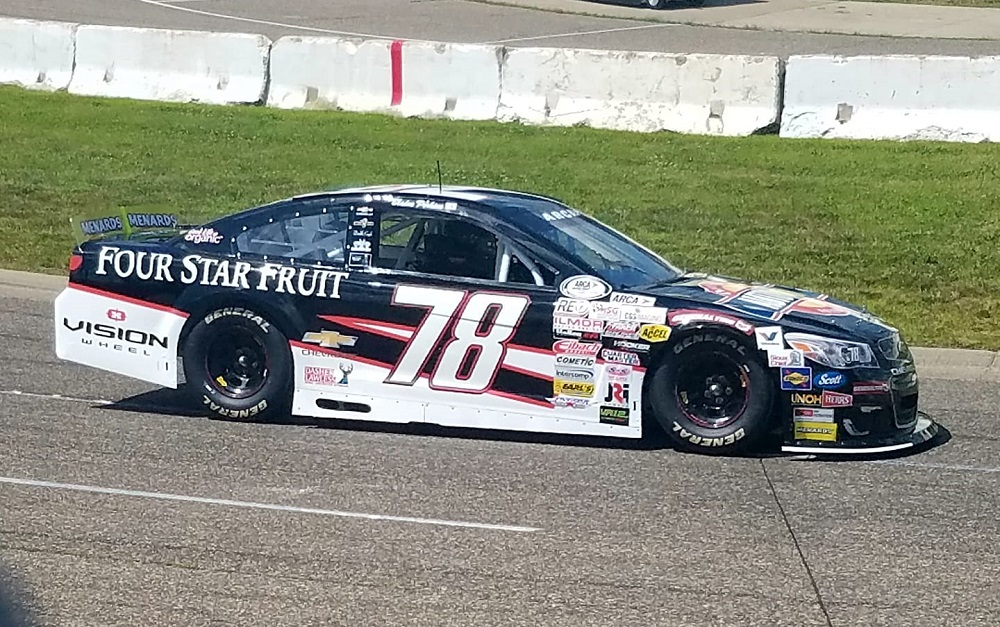 Mooresville, North Carolina – Survival was the name of the game at the Elko Speedway in the Sioux Chief Power Pex 250 Saturday evening for the ARCA Racing Series presented by Menards. 18-Year-old Blaine Perkins driver of the No. 78 AutoParkit/Four Star Fruit Chevrolet was able to avoid the mayhem to earn his first career top-10 finish with an eighth-place run at the 3/8-mile track for Mason Mitchell Motorsports. The race was slowed by eight yellow flags including a 20-minute red flag for a incident with nine laps remaining.

“At the end of the day we were running up front all night long, Blaine Perkins stated after the 250-lap event.  “when it came down to it we were in the wrong spot at the wrong time and got used up there at the end. I’m really proud of everyone on this team. The first half of the race were just riding and saving our equipment. We raced our way up to third after putting two-tires on. I have to thank MMM for giving me a very fast car. Everyone on this team did a great job all weekend long.”

Perkins qualified in the eighth position for his ARCA short track debut. The Bakersfield, California native exerted patience during the first run passing two cars in the opening 25 laps to move into sixth. Perkins held the sixth position until making his first pit-stop under the yellow flag at lap 57. After restarting from the seventh spot, Perkins slowly began picking cars off one at a time. At lap 75 he entered the top-five for the first time in the event. During the ensuing 25 laps, Perkins gained two more spots to move up to his highest position in the running order third at lap 103 after restarting from seventh on lap 60.

After several late cautions, Perkins was poised for a top-five finish when he was was caught on the outside line during several late race restarts. Another competitor then moved Perkins up the track costing the No. 78 valuable track position and positions The No. 78 would cross the finish line in eighth.

The team gears up for another short track as the series returns to the Berlin Raceway located in Marne, Michigan next Saturday evening. It will mark the 10th straight weekend of racing for MMM and ARCA. Owner Mason Mitchell holds the track record in qualifying at Berlin which was set in 2013.

The Primera Plastics 200 from Berlin Raceway will be shown live on MAV TV on Saturday, July 21st beginning at 9:00 p.m. ET. Arcaracing.com will feature live timing and scoring for all on-track activities from Elko.