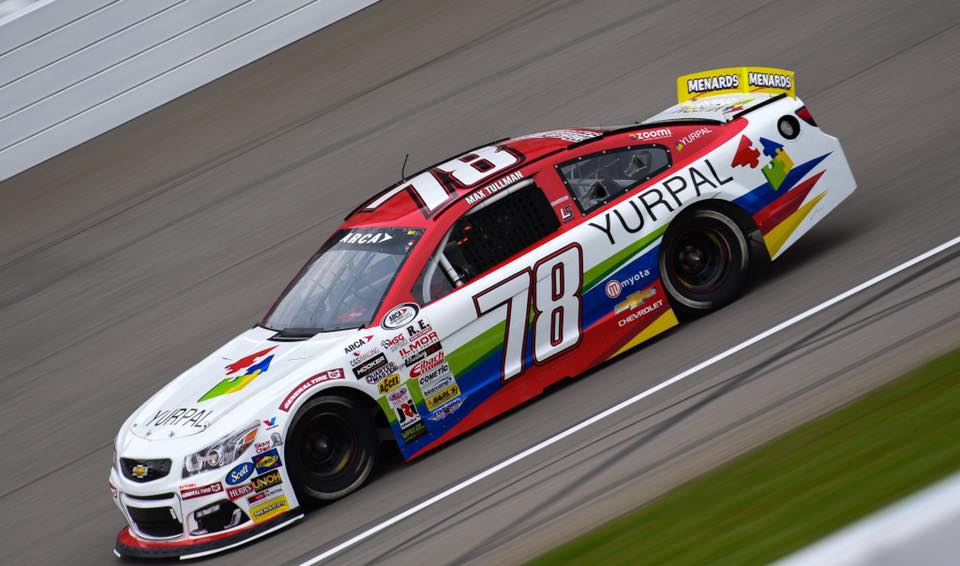 Saturday night’s Fans with Benefits 150 at Iowa will be Tullman’s eighth career start and while it will also be the newcomer’s first on a short track, the 20-year-old is eyeing his first career top-five finish. 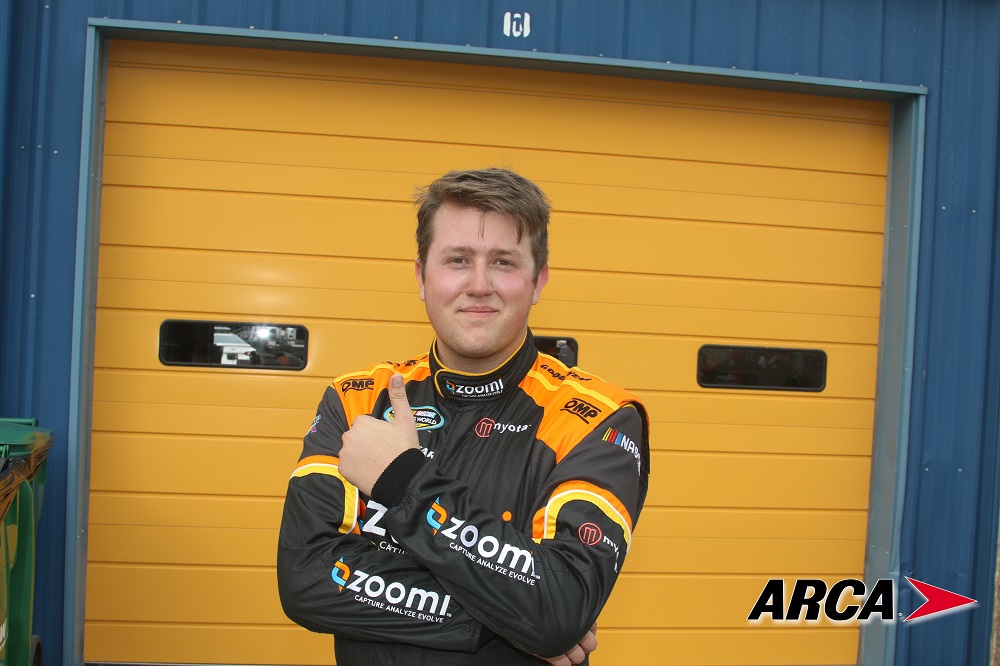 “Iowa is going to be a lot of fun this weekend,” said Tullman. “I’ve been getting ready for this race over the last few weeks and I think the opportunity is going to present itself for us to have a good run on Saturday night.”

For the fourth time this season and the second consecutive ARCA race, Yurpal.com will support Tullman’s efforts in ARCA competition.

“We announced this partnership with Yurpal.com in April at Talladega and it’s taken off. Literally,” explained Tullman.

“We’ve been able to have a lot of fun bringing them to ARCA and Mason Mitchell Motorsports. I feel like we have one of the coolest looking cars on the track and our performances have been solid. We’ll make our Iowa Speedway debut together and I’m hoping it’s one to remember.”

Yurpal.com CEO Jon De Langis is again thrilled about his company’s return with Tullman and MMM.

“All of us at Yurpal.com are very excited to have this second straight opportunity and our fourth race overall to support Max (Tullman) and Mason Mitchell Motorsports at Iowa Speedway,” offered De Langis.

“As we’ve mentioned, we consider a relationship in Motorsports as a very high priority to promote our brand as we continue to grow our eCommerce platform for building materials and products. Our exposure and recognition this season has been amazing – even in the Truck Series and we’re looking forward to this next ARCA experience in the Midwest with Max and his team.”

Tullman couldn’t ask for a better teammate for his Iowa Speedway than his team owner and former ARCA champion Mason Mitchell.

Mitchell, a native of Des Moines, Iowa will make his first ARCA start of the season at his hometown track. He is also a former ARCA winner at the 0.875-mile racetrack.

All those components together, Tullman is eager to learn and compete against his boss.

“It’s going to be a cool opportunity to race against Mason,” added Tullman. “He’s been instrumental in making my transition to ARCA a smooth one. I’ve never been to Iowa before though. He’s reassured me that I’m going to be fine and our two teams will be working close together with the plan for both Mason Mitchell Motorsports to be competitive and hopefully compete for the win under the lights Saturday night.”

“Doug and I have been able to have some good results on some of the bigger tracks, so I’m eager to see what we can do on a smaller track like Iowa Speedway,” sounded Tullman. “Even though he’s patient with me, he’s not afraid to lay the down the law when it comes to race time.

“He’s determined to make me a better driver whether it’s at Daytona, Michigan or Iowa. I respect that.

“We’ll see where we’re at after practice, make some changes and then hope from qualifying to the race, we’re able to make some good improvements and contend for a strong finish with our Yurpal.com Chevrolet.”

Through the convenience of our online platform, buyers can create or upload their entire bill-of-materials for projects large and small and receive competitive price results from every vendor in the country with a single click.  With the use of our bundled SaaS, our users can manage multiple clients and projects, schedule phased deliveries of their products, and much more.

This can be done simultaneously which significantly reduces the repetitive and time-consuming process of sourcing products, from multiple vendors, to get the products when and where they are needed, at the best price available.  Essentially, we bring the vendors to the buyers.  Best of all, this platform is free for buyers to use.